Postcards from my Istrian “stay-cation”

If I were to step outside here in Eugene, in the final days of 2020, I’d find rainy, windy, winter. Thankfully, I’ve had an alternative – I’ve spent much of the past week or two in sunny, cheery, Trieste and the nearby Istrian coast. I’ve never been there, mind you, but the powers of “narrative transportation” have let me experience my chosen destination from many angles.

It started a few weeks ago, when Finding Your Roots, Henry Louis Gates, Jr.’s PBS genealogy show, dove into the background of TV chef Lidia Bastianich. Lidia was raised Italian, in the coastal city of Pula, which was part of Yugoslavia when she was born (more or less) and is now in independent Croatia. The show got me thinking about how complicated it must be to live in a city where your ethnic identity has to change, depending on who’s in charge – her family name (Matticchio) was changed from Italian to Croat, but the researchers found that it had been Croat even earlier too.

Then, last week, our PBS station showed a 2010 episode of Rick Steves’ Europe, in which Rick visited a fascinating part of Slovenia near the coast (just miles from Bastianich’s Pula), where the Soča river cuts a deep gorge through limestone cliffs, and where the beauty of the Julian Alps is sometimes overshadowed by memories of some of the bloodiest fighting in the first World War. 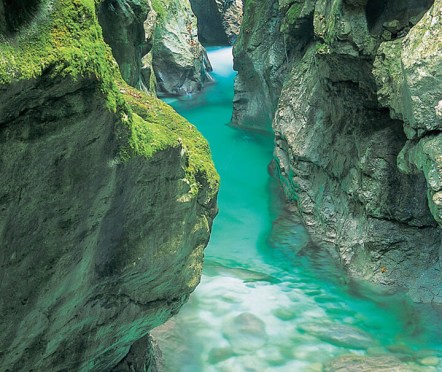 At this point, I remembered that the library had recently lent me a book by British writer Jan Morris – her meditations on the city of Trieste, once the seaport for the Austrian Empire and now at the very edge of Italy, right next to Istria, all that limestone, and those gorgeous Julian Alps. So I’ve been having great fun reading what Morris has to say about the people, history, and places of this fascinating city, and looking up sites she mentions using Google Images. Here’s Trieste: 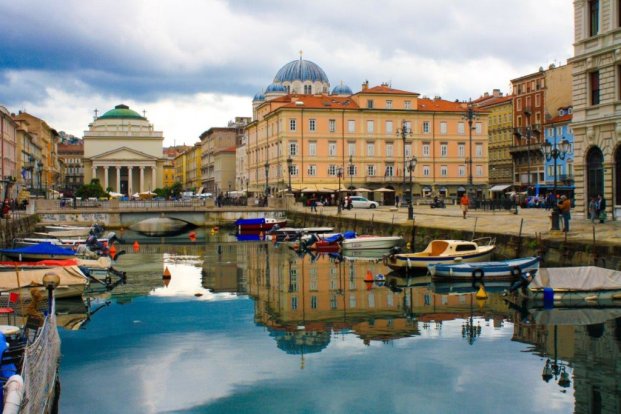 And here’s the Volosko neighborhood of Opatija, which Morris mostly knew as Abbazia: 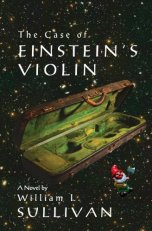 Meanwhile, I remembered that I have a fun novel by local writer Bill Sullivan, in which two young women from Eugene travel to Europe to solve a family mystery, The Case of Einstein’s Violin. So that’s been my bedtime reading (or rather, re-reading). So far we’re only as far as Vienna, but soon we’ll visit a physics lab in Trieste, then drive up through the Julian Alps on their way to Germany, and I’ll be visiting the very same stay-cation region from yet another perspective!

Thanks to these books and our local PBS station, I’ve been able to spend some of the bleakest winter entirely elsewhere, in my imagination. I could immerse myself more thoroughly, of course – I could be cooking Istrian food, listening to music from Trieste, looking for live webcams in Croatia and Slovenia – but that’s more than I need.

I owe my stay-cation to the psychology of “narrative transportation,” or immersion – putting your attention somewhere else and tuning out the world around you, recreationally. It’s the same as when you watch a movie, play a game, or get caught up in a sporting event. You disengage from the stresses of your daily life and take on a different world, one that captures your imagination, but that you can set aside whenever Real Life calls again.

And the Istria-Trieste region is hardly the only place I’ve visited recently. I’ve strolled around a Nordic village celebrating Christmas; I’ve attended a Japanese high school; I’ve tried to escape from the ancient Greek underworld; I’ve wandered the backroads of Westeros with Arya Stark. The possibilities are endless.

Years ago, we used to tease my mom and step-dad for crafting their lives around Italy. “Italy, Italy, Italy!” They’d visit Florence or Rome for a few weeks every spring or fall, they’d study Italian in an adult ed class, and my mom would cook up “pasta parties” for a dozen or more friends. They’d see every Italian movie that came to town. They’d even follow Italy in the World Cup, which seemed a bit forced, since they abhorred sports otherwise. And during his last illness, when asked if he knew where he was, my step-dad was pretty sure it was Venice.

Personally, I like more variety than that. I wouldn’t devote my life to a single country, and my next imaginary stay-cation will probably be somewhere other than the northern Adriatic. I recommend this lifestyle, though.

The next time you’re feeling too oppressed by the weather and, erm, the pandemic, consider a stay-cation journey. It’s efficient and inexpensive! Choose somewhere else in the world, see what resources your local library can offer, and spend some time “living” somewhere altogether different.

I'm a research psychologist at Oregon Research Institute, and I'm writing a book about meta-narratives, the powerful collective stories we share about who we are and where we're headed. My interests include beliefs and worldviews, ethics, motivation, and relationships, both among humans and between humans and the natural world.
View all posts by Laura Akers, Ph.D. →
This entry was posted in Uncategorized and tagged coping, narrative immersion. Bookmark the permalink.

3 Responses to Postcards from my Istrian “stay-cation”