Are we really “Four Americas,” as George Packer’s recent Atlantic article tells us? Does this really mean, as he says, that “competing visions of the country’s purpose and meaning are tearing it apart”?

I haven’t yet read his new book, from which the article is drawn, but I did hear him give a talk on this very topic, back in 2018. I tried chatting with him a bit afterwards, during the book-signing, but he seemed very tired and not much receptive to conversation. I also listened to the talk again online a couple of times after, so I’ve given his ideas a lot of consideration over the past three years. My conclusion is that although I really like his ideas overall, there’s also some value to examining them a bit more analytically, and I may not end up agreeing with all of his conclusions.

First, Packer reminds us that for much of the 20th century, the two major political parties “had clear identities and told distinct stories. The Republicans spoke for those who wanted to get ahead, and the Democrats spoke for those who wanted a fair shake.” Now, though, Packer tells us there are four main stories: “Free America,” a libertarian vision of personal freedoms and property rights; “Smart America,” a more cosmopolitan vision in which everyone deserves opportunities, but merit will determine rewards; “Real America,” a nationalist story of America’s common people, who work with their hands and take pride in being superior both to a “parasitic elite” and a “shiftless underclass”; and “Just America,” or rather, “Unjust America,” which insists on including all Americans as equal citizens and reminds us that we have yet to do so. In his article (and I assume the corresponding chapter of his book), Packer covers a lot of recent history, telling us how each of these stories took hold and so far, how it’s played out. (Caveat – Packer isn’t splitting America into four groups, each of which has one of these beliefs; he’s just pointing out that four main beliefs about groups are circulating, but individual Americans may embrace more than one, or none, of them.)

Packer calls each of these worldviews “narratives,” but since none of them has a defining story (an account of particular events that led to how things are, which everyone uses to support their beliefs), I’m going to assume that instead he’s really talking about meta-narratives. Let’s see what meta-narrative science can tell us about them.

It’s very straightforward, really. For each of the four “narratives,” we’ll ask ourselves, which group is the group being described and addressed? What’s the emotional genre – what direction is the group headed, and have they identified a goal? Are there any powerful Others the group is concerned about? Are there any dramatic features creating special urgency? And how is the message being presented – is it a truth the group members are expected to adopt uncritically, or are they encouraged to think for themselves?

Okay, first up: Free America. This belief tells us that “the purpose of government is to secure individual rights, and little else.” Those of us who believe in nasty “socialist” ideas like public schools, parks, and libraries, maintained roads, clean skies and unpolluted water, minimum wages, consumer protection, and, um, national security, anyone? We’re out of luck. Here the group isn’t interested in acting as a group; it’s just a collection of individuals, especially men, and especially the large corporations that might be those men’s vehicles for self-expression. For a while, the story’s genre was progress in a struggle against a powerful Other, the Soviet Union, but once the Cold War ended, Free America targeted government itself, as Packer puts it, “breaking institutions down, not building them up.” It’s not headed in any particular direction anymore; these days it’s more of an attitude than a meta-narrative. My own comment here is that this group does endorse an underlying meta-narrative: They believe the country needs enough stability to ensure that their assets aren’t at risk, but they also welcome some degree of volatility, which can create opportunities for those among them with capital and initiative to exploit and profit from.

Next, Smart America is also about individuals rather than the group, but these individuals see a role for government in making sure those from backgrounds giving them fewer advantages can also succeed, as well as those displaced when industries fail or move overseas. This means civil rights and a more global perspective, as well as support for new industries to replace the old. Those embracing this worldview may, Packer tells us, focus far more on ensuring their children’s success than on public affairs more generally, and tend to dismiss those who don’t succeed financially as unworthy of their attention. Packer also thinks this group is uncomfortable with patriotism, finding it either too old-fashioned or somewhat dangerous, stirring emotions “that can have ugly consequences.” He also thinks that “world citizenship is too abstract to be meaningful,” so “patriotic feeling has to be tapped if you want to achieve anything big,” like addressing climate change or racism. Thus, for Packer, there are no meta-narratives here, either; this group doesn’t think in terms of America moving in one direction or another. I’ll add that this group does endorse meta-narratives of stability and improvement, both of which are necessarily for education and hard work to pay off, and I’m not seeing any evidence that focusing at the national level is necessarily more important and effective than focusing on narrower or broader regions.

Turning to Real America, we do have a sense of the people as a collective. These are “the humble members of society – the farmers, mechanics, and laborers”; they’re white; and they’re religious, in evangelical and fundamentalist ways, “hostile to modern ideas and intellectual authority.” Packer tells us that they’re also cynical about the federal government, especially after it sent them off to overthrow Saddam Hussein in response to the September 11 attacks, and after it bailed out the banks and bankers after the 2008 financial crisis that hit so many of them so hard. He notes the strange irony of the strong alliance, since Reagan, between Big Business and the working class, requiring “an immense amount of self-deception on both sides.” Bernie Sanders and Elizabeth Warren, of course, campaigned on overcoming this self-deception and giving the working class a greater clarity of vision about where their actual interests lie, which is obviously not with those who exploit their hard work. Having been taught for generations, though, that government and the coastal “elites” are bad, and socialism (never mind communism!) would destroy all they hold dear, the Real Americans were ripe for someone to offer them their very own ethnonationalist meta-narrative. Cue Donald Trump.

And finally, Just (or Unjust) America points out that the progress and stability that mainstream America has valued for so long have come at a cost, because Black Americans and other minority groups have disproportionately borne their burden. Packer says this worldview is “less a project of self-government to be improved than a site of contentious wrong to be battled. In some versions of the narrative, the country has no positive value at all – it can never be made better.” Packer is discouraged by what he sees as “small symbolic politics” that don’t in themselves do much to fix the system, but having given this question a great deal of thought, I would say that Just America is not itself a meta-narrative, but rather an urgent call to re-examine our meta-narratives. If it fails to offer a grand direction for the country, that’s because that’s not its purpose. Its purpose is to make sure we recognize that whatever directions we choose to go in the future, we are all in it together.

Summarizing, neither Free America nor Smart America cares much about group meta-narratives, both worldviews being too focused on individuals. Free American wants anyone to get what they can and hang onto it; Smart America wants their children to succeed and become world citizens. Real America wants attention and vindication, and so does Unjust America, but the former addresses less-educated white people, while the latter reminds us that Black Americans, Natives, and other people of color are every bit as Real and every bit as American as the rest of us. Both Trump and civil rights leaders have impressed upon us the urgency of action. I’ve written about Trump’s campaigns before, as well as a post on politics and thinking for ourselves, so I won’t revisit that now.

Packer is right to point out that each of these worldviews responds to real problems and offers positive values. I disagree, though, that we should be concerned about the conflicts between them.

There’s nothing remarkable about saying that our country has multiple competing meta-narratives. We always have, since the earliest days of our founding. In a 2017 article in Foreign Affairs, policy professor Walter Russell Mead nicely summarized four storylines from U.S. history, with Jefferson’s vision rivaling Hamilton’s perspective, to which Jackson’s militant nationalism was soon added, eventually joined by Wilson’s belief in the need for U.S. leadership worldwide. Each of these meta-narratives remains active today, with Trump seeing himself a clear heir to Jackson, while Jefferson inspires libertarianism, Wilson’s internationalism continues to underlie our vast international military presence, and Hamilton has taken a surprising new turn as a Broadway mega-star. 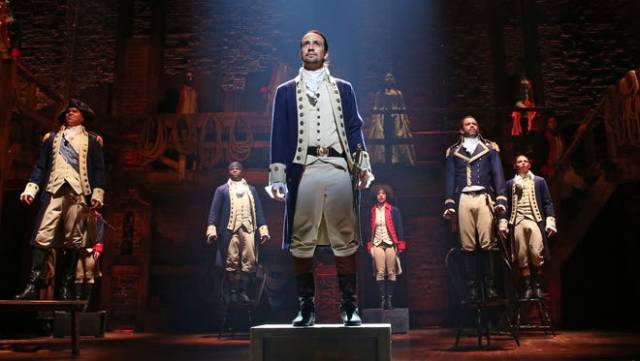 Sometimes advocates of one meta-narrative will tell us it needs to win and vanquish the others. Given that we all have different backgrounds and temperaments, that’s not realistic.

What we really need most is to recommit to the one meta-narrative that does need to win, the one that doesn’t “vanquish” all the others, but rather, embraces and promotes them. Just as we’ve always had many stories of who we are, we’ve also always had this one overarching story, the one that tells us we have freedom of speech and belief, that there’s a place for all of our stories.

As I mentioned in my last post, that’s exactly what’s under attack in this new “critical race theory” debacle, where states and communities are making it illegal to teach other perspectives on U.S. history. It’s fundamental to who we are as a nation that we value the multitude of voices among us. We are a nation of storytellers.

(By the way, I’ve been impressed with how much attention The Atlantic has been giving to meta-narratives lately. I already wrote about another of the July/August articles, which considered Boris Johnson’s take on meta-narratives. And back in June, they looked at the lingering poison of the Confederate Lost Cause story, and the neglected origin stories of Black America. I’m glad my research topic is so popular!)

I'm a research psychologist at Oregon Research Institute, and I'm writing a book about meta-narratives, the powerful collective stories we share about who we are and where we're headed. My interests include beliefs and worldviews, ethics, motivation, and relationships, both among humans and between humans and the natural world.
View all posts by Laura Akers, Ph.D. →
This entry was posted in narrative science, US politics and tagged metanarratives, politics, stories. Bookmark the permalink.